Azura and the big blue ocean of marine electrification

I saw the future last July behind a Circle K near Denpasar in Indonesia. For those of you that have been to Bali any time this century you might know these countless convenience stores. These are fillup shops for the 4 million scooter and moped riders across the island. Not only can you get your expensive gas for your motorbike, but you can also buy all kinds of goodies inside. This includes some crazy coffee boba caramel combo drinks I have not had anywhere else. But I digress.

The future of electrification, behind a Circle K 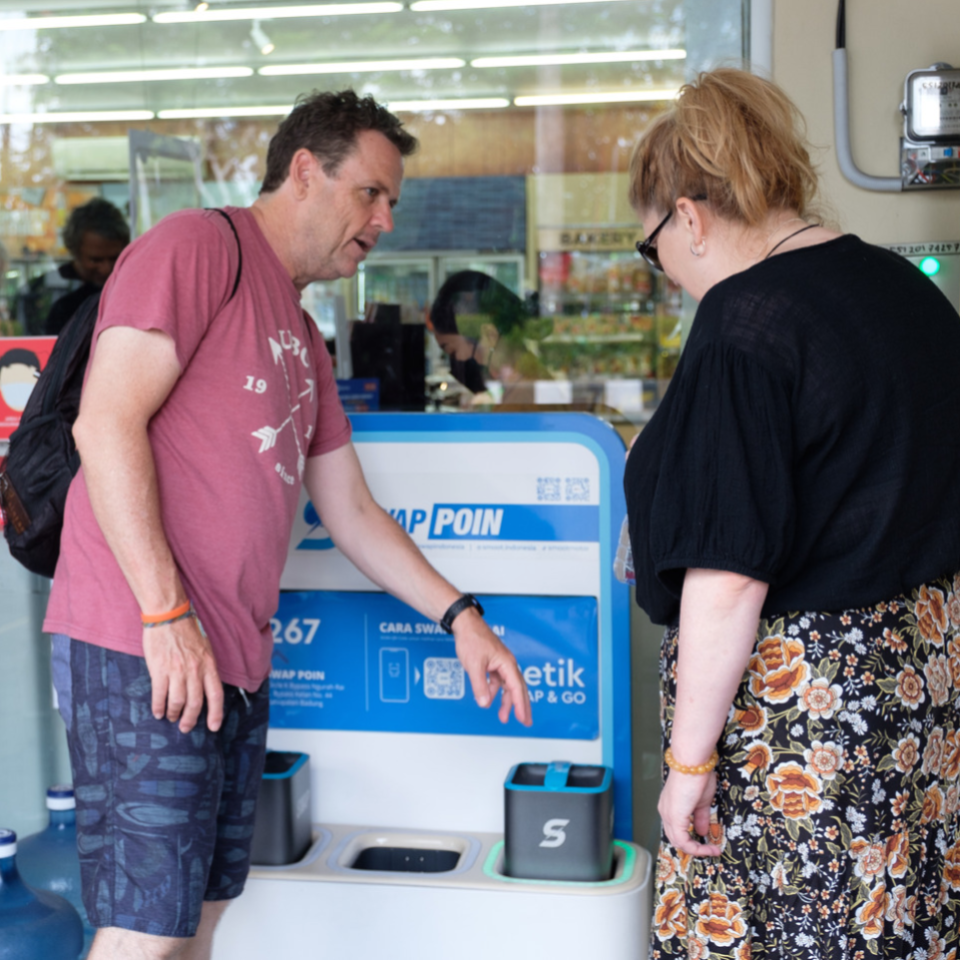 The first thing that struck me was the Swap station sitting on the forecourt by the front door. It’s a simple container for batteries to power the growing number of electric scooters in Indonesia. Each Swap station has three bins, two of which have batteries in various states of charge, while the other one is empty. A rider comes in to Circle K to fill up. They take their battery out, put it in the empty bin to charge. This automagically unlocks one of the other two batteries that has 100% charge. They take this “full” battery and put it into their bike, and in less than a minute they’re off to the races!

There are now 400 of these Swap stations in Circle Ks on Bali and Java, and growing. As the electric advantages of motorbike riding become known this company is going to crush it! To reiterate those advantages: e-scooters are better, faster, and cheaper. That’s right they perform better, take off quicker, are clean, quiet and most important cost less to fill and maintain. The Swap story above saves not only time but serious money for the rider.

So minds blown, my team and I met the company we had come to see inside the Circle K.  Nadea Nabilla and her cofounder,  are electrification entrepreneurs with Azura (and in fact Nadea, just presented her innovation at the One Young World Summit by the Audi Environmental Foundation. These entrepreneurs are taking the same competitive advantage of electric motors to fisherfolk, with product offerings that are better, faster and cheaper than the infernal combustion engines that these folk have used for decades.

The design of the fishing craft is ancient and common across many of the thousands of islands in this archipelago nation. The modern engine was introduced last century and adapted to this design with a long drive shaft to get a propeller into the water over the gunnel. This is the “long tail motor” of many fishing craft, river boats and the like across Asia and Africa. The engine is often a heavy and rusted block of bits that break down a lot. And this connects to an old gas tank that costs a lot to fill.

Not so the electric version!

In Azura’s solution they have taken an off-the-shelf Mitsubishi electric motor. It has similar torque and power specs as the horsepower the engine puts out. It’s small and lightweight. The battery pack required to charge it for 75 miles of boat business fits in a single Pelican case. They can carry this into the compound to charge off the solar panels or older batteries bundled there. No muss no fuss. And the performance is better, faster, and cheaper. 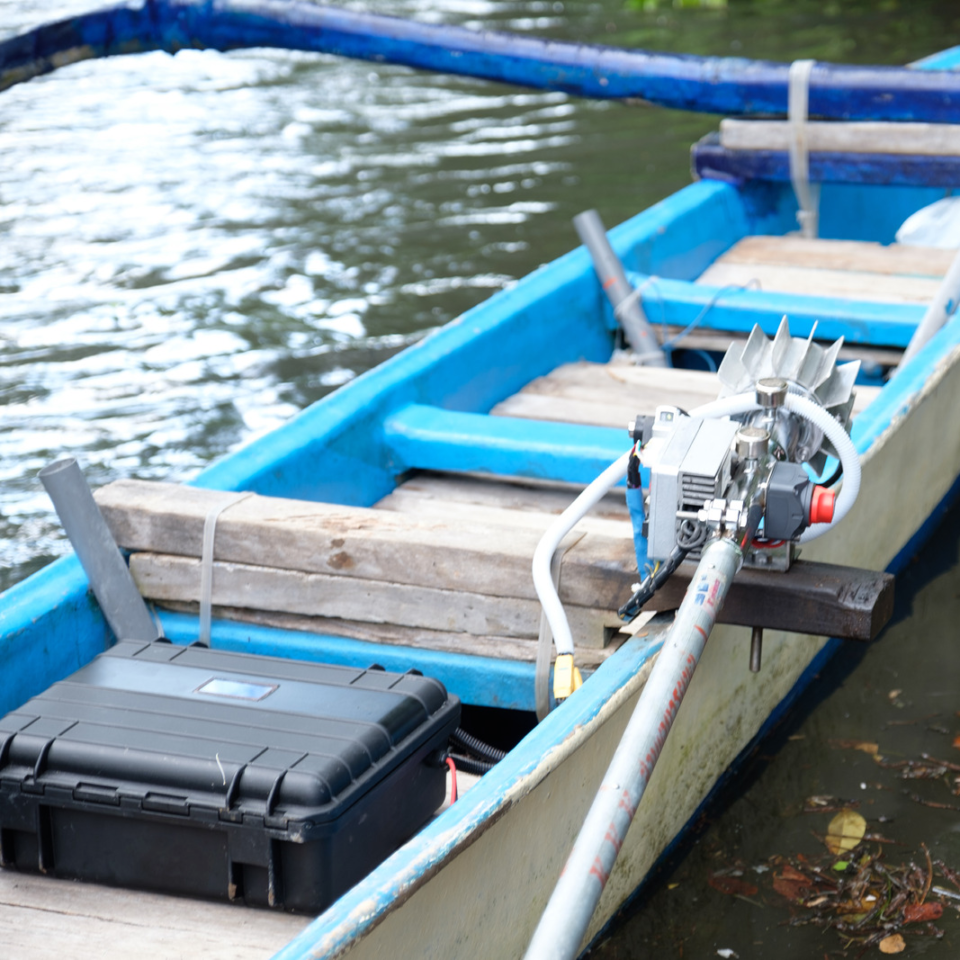 Azura’s battery pack case and a widget on the motor.

Azura’s secret sauce is a little widget that fits the electric motor to the propeller shaft. This may not be defensible but their true moat is the first mover advantage in a difficult but enormous market. I mean defensibility when I say moat but this is also to make a pun about Azura’s blue ocean opportunity. Replacing all the shitty engines on boats around Southeast Asia is a many hundred million addressable market and almost no-one is doing it! There is not a lot of blood in the water from cutthroat competition. It might actually be better if there was for Nadea and friends to have a bit of co-opetition to create supply chains and an e-boat ecosystem. For now they are the pioneers offering a better, faster and cheaper service, which should win.

Better and faster are obvious. Silence is golden to fisherfolk. And the process of fitting and fueling with solar is much easier and quicker in the daily routine for fisherfolk. Not to mention the take off speed an electric motor achieves compared to an old putt-putt two stroke! But cheaper it is not upfront. So when I say, these are cheaper it is a “total-cost of ownership” statement. Like many assets in the clean energy transition it comes down to OpEx versus CapEx. This is biz speak for Operating Expense versus Capital Expense.

Upfront the electric bundle costs a lot – 10 times more than the old motor. As production scales and pieces of the kit get more standardized that cost will drop – like ICE cars and EVs. But for now, it is a lot. Yet over the life of the motor, which has fewer moving parts, needs no oil nor belts and thus little maintenance, it costs less to own and operate. And low to no fuel cost!

They “payback” in about three years. This means the savings make the upfront cost worth it in 36 months. So, what this bundle will need next is finance to speed up adoption. In many categories – like your cell phone – the way we pay for an expensive item is to put it on a monthly or “amortized” schedule. It is also how the car sold to the masses – a modern auto-loan pioneered by General Motors. 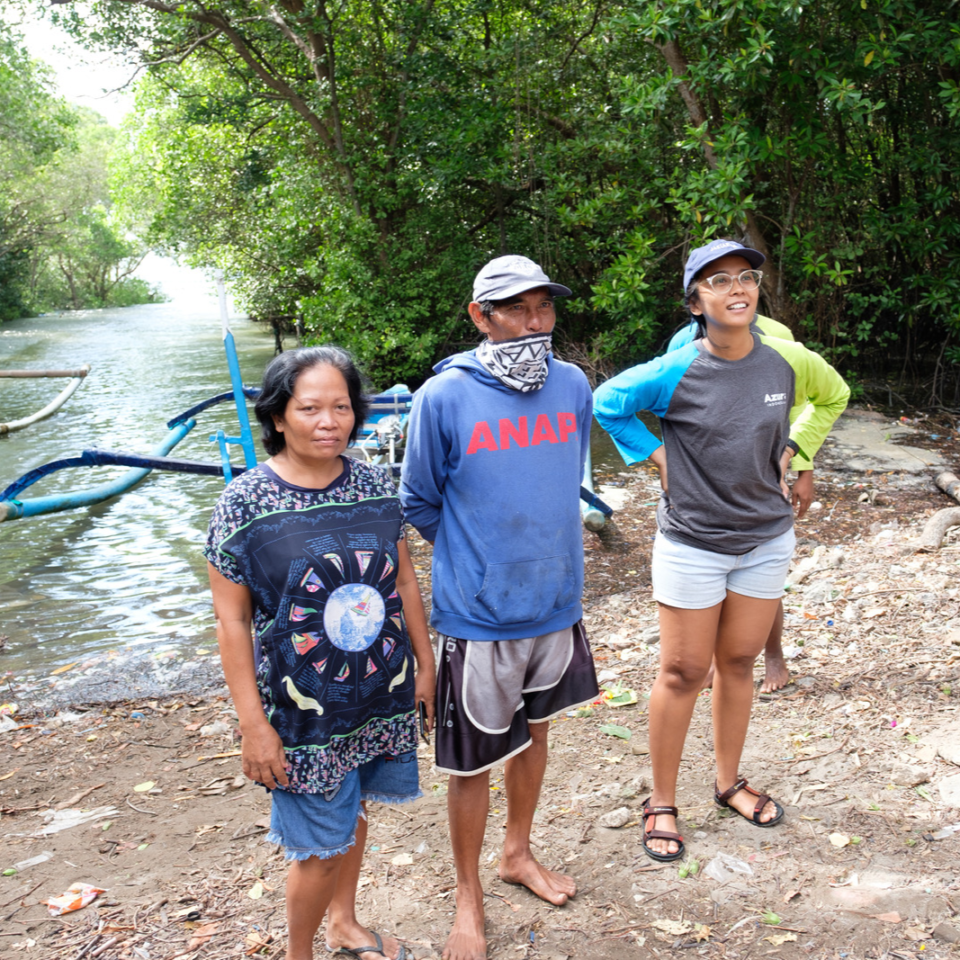 I expect Nadea and her team will be experimenting soon with financing options. She already has a rental agreement for some boats. And as she scales from 12 systems sold so far to hundreds and thousands and then hundreds of thousands it’ll get easier. The asset class will become better understood. The “performance” of loans and underwriting considerations such as how likely a fisherperson is to default will become known. Competition in debt products will come into the market and more and more boats will go electric!

It was so exciting to see this postcard from the future. Like Chinese cities today where the buses make no noise and spit out no fumes, I know someday soon I’ll be on an island in Asia with no motor noise. May it come soon! Full speed to Azura and their competitors.

Bonus note: For those of you that think this is more about impact in the lives of the fisherfolk than a decarbonization strategy, think again. These small bite markets for petroleum products (scooters and fishing boats) are one of the last strongholds of growth for big oil. At the end of the day, the climate struggle is about putting fossils out of business. Do you know what the biggest force so far in barrels of oil per day consumption destruction has been in the energy transition? Tesla I hear you say. Perhaps BYD for buses? No. Rikshaws and tuktuks.

See below for the latest data from BloombergNEF.