Sydney, 28 September 2022 – Supercharge Australia, a new initiative that aims to develop an ecosystem in Australia to support lithium battery innovation and capture more of the lithium value chain, launches today, backed by Boundless. This follows the recent Clean Energy Demand Initiative between the US and Australia, which aims to unlock  to unlock up to $US2.8 billion in funding for Australia’s clean energy sector, and the Australia–United States Net-Zero Technology Acceleration Partnership signed in July 2022.

Despite producing almost 60% of the world’s lithium, Australia retains less than 1% of the US$200 billion and rising annual product value, with 98% of the lithium mined in Australia being refined overseas.

“Australia can become a leader in lithium battery technology, from sourcing to advanced battery and EV manufacturing, and capture massive market opportunities as the world electrifies. But to do this, we need much more activity across all phases of the lithium battery value chain, and this requires more investment and more startups to meet the innovation challenge,” said Kirk McDonald, Project Manager of Supercharge Australia.

Supercharge Australia will bring the industry together to understand where innovation is required and leverage New Energy Nexus’ global expertise, including its role in the US Department of Energy’s Lithium Bridge project to accelerate the development of a robust and secure domestic supply chain for lithium-based batteries. EnergyLab’s Australian cleantech startup ecosystem experience and connections will be applied to establish a lithium battery  innovation challenge in early 2023, and to support Australian startups with expansion to international markets. Another critical element is ensuring Australia builds equity into the innovation ecosystem – recruiting diverse entrepreneurs and ensuring benefits flow to impacted communities and those traditionally excluded from the fossil fuel boom of last century.

There are already several startups in the Australian lithium battery value chain that are ready to scale [1]. 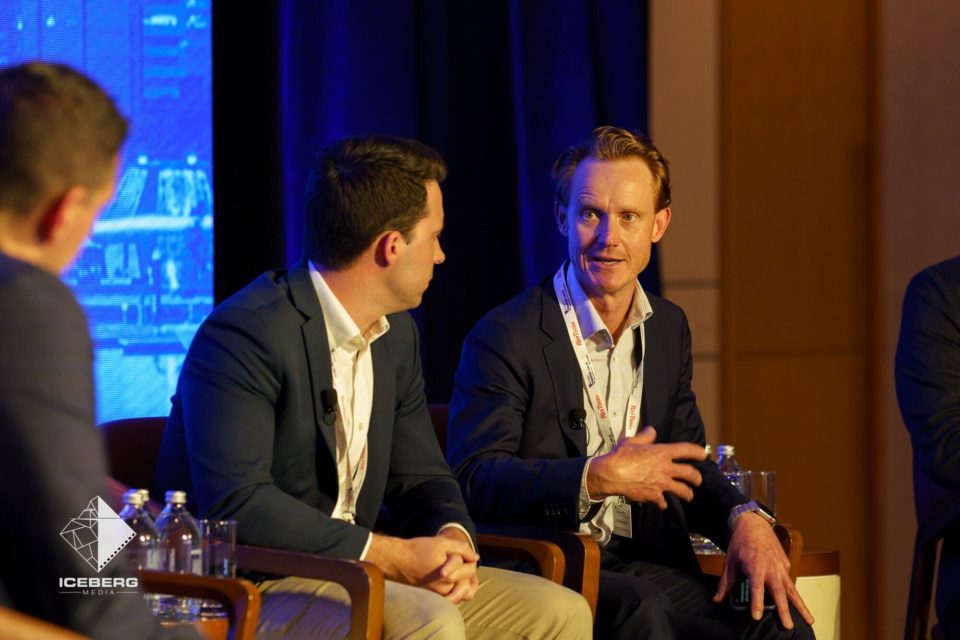 “Roev is focused on providing energy-smart electric utes to Australia, with fully integrated conversions today and a locally built electric ute in the future. We support the work of Supercharge and see local battery supply as a key driver for sustainable growth in our business and the broader EV industry in Australia,” said Noah Wasmer, CEO of Roev.

“EnergyLab has supported startups focused on clean energy and climate tech since 2017, Supercharge Australia means we can provide support and focus on the startups innovating in the lithium battery value chain. Australia is well positioned to capture the full value of the battery and electrification revolution. If you’re an aspiring founder, a startup, an investor, an expert, an industry player in this space and want to see growth supercharged then get involved,” said Megan Fisher, CEO EnergyLab.

“Supercharge will pave the groundwork for a battery manufacturing industry that Australia is well-placed to develop. An industry that can create quality jobs, income and carbon benefits for Australia,” said Eytan Lenko, CEO of Boundless.

EnergyLab is Australia and New Zealand’s largest climate tech startup accelerator and innovation network dedicated to reaching net zero emissions. With over 140 alumni supported through its programs, EnergyLab connects talented founders to the mentors, advisors, partners, peers and investors they need to succeed. EnergyLab programs include the Women in Climate and Energy Fellowship building the next generation of women founders; the Climate Solutions Accelerator; the Scale Up Program for later stage clean energy startups; and a climate focused angel investor network.

New Energy Nexus (NEX) is the world’s leading ecosystem of funds and accelerators supporting diverse clean energy entrepreneurs to thrive. NEX started in Silicon Valley and now runs programs in Australia, China, India, Indonesia, Nigeria, the Philippines, Singapore, Thailand, Vietnam, Uganda, and the USA. Since 2004, NEX has accelerated over 600 clean energy startups, supported over 3000 entrepreneurs, and mobilised over US$1.5 billion in investment. NEX is also one of three organisations delivering the US Department of Energy’s Lithium Bridge project to accelerate the growth of America’s lithium battery supply chain and industry.

[1] Other startups in Australia in the lithium battery value chain include Calix, which has has developed a pilot plant with Pilbara Minerals to decarbonise and increase recovery efficiency of lithium salts from hard-rock ore in the Pilbara; Magnis has begun producing lithium ion battery cells in New York State and seeks to replicate their efforts with a new gigafactory in Townsville; Energy Renaissance is making Australian conditions-optimised lithium batteries in Tomago; Novalith has a novel CO2-based lithium recovery technology and Sicona a world-leading silicon graphite composite anode and polymer binder technology they are taking to the world from Wollongong; Janus Electric seeks to retrofit prime-movers and build large-scale, grid-supporting battery swap stations from their headquarters in Berkeley Vale; Sustainable Lithium Cells Australia refurbishes lithium battery packs in Brisbane removing them from the waste stream and extending their useful life; and Envirostream operates Australia’s first onshore, mixed-battery recycling facility in Laverton North.