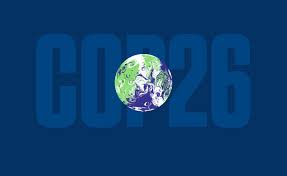 New Energy Nexus and HolonIQ released the inaugural Southeast Asia Climate Tech 50, a list of the most promising Climate Tech startups and companies in the region. The list forms part of the ‘Global Climate Tech 1000’ and an open source taxonomy for climate technology to be launched next week at COP26.

The list identifies the most promising 50 Climate Tech startups from across Southeast Asia that are making a substantial contribution to climate change mitigation or adaptation through the application of new technology or scientific knowledge.

The Southeast Asia Climate Tech 50 are selected from over 500 Climate Tech startups who applied or are covered by New Energy Nexus or HolonIQ’s Intelligence Platform, and work in sectors from energy and the environment to agri-food and mobility. They are a representative cohort of the top climate tech startups based in the region and have been scored on five key criteria: market, product, team (including diversity), capital and momentum.

“New Energy Nexus is excited to partner with Holon IQ in this inaugural launch of the SEA Climate Tech 50 list. We hope that by developing a database of companies working on solutions to the climate crisis, we can highlight the great work these entrepreneurs do. Other ecosystem supporters such as government programs, commercial partners and investors can leverage this for information needed to further support their growth and success. We will continually update and expand this list to reflect this growing sector in Southeast Asia,” said Stanley Ng, Program Director for Southeast Asia at New Energy Nexus.

HolonIQ also announced an open source taxonomy for Climate Technology, built by augmenting experts, such as New Energy Nexus, from around the world with artificial intelligence, to identify key climate technology categories that will lead the fight against climate change leveraging technology and applied science. The “Global Climate Technology Landscape 1.0”, has been released ahead of the formal launch at COP26 next week at: www.globalclimatelandscape.org

About the Climate Tech 1000

New Energy Nexus is an international non-profit that supports clean energy entrepreneurs with funds, accelerators, and networks. It started in California and also operates programs in New York, China, India, Southeast Asia, and East Africa. It is the only organisation working internationally to fund, connect and grow diverse entrepreneurs and innovators, with a focus on building equity and driving innovation in the clean energy transition.

HolonIQ is the world’s leading platform for impact market intelligence. We power decisions that matter across education, healthcare and sustainability.

Our customers are governments, institutions, firms and investors who are shaping and influencing policy, innovation, technology and investment across the impact economy. In this constantly shifting landscape, our customers know that good decisions can’t be made without contextualised data, disciplined analysis and a global perspective. We have developed open-source taxonomies and proprietary artificial intelligence to track these strategic developments around the world, as they happen.